Part 3 Most attraction Places to visit a round Egypt 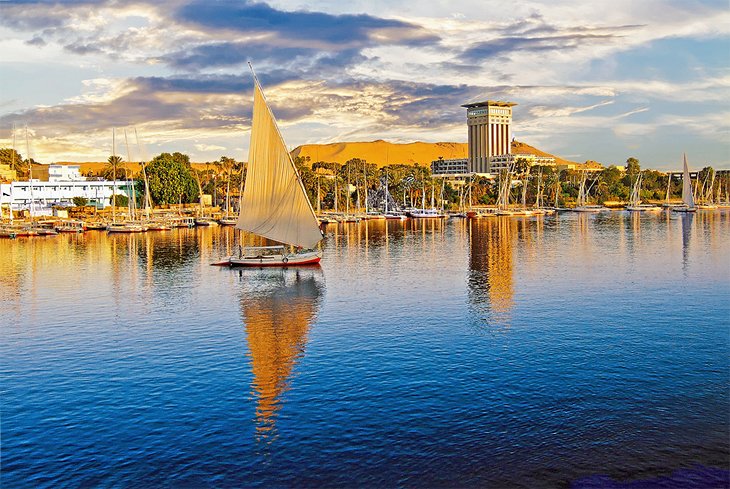 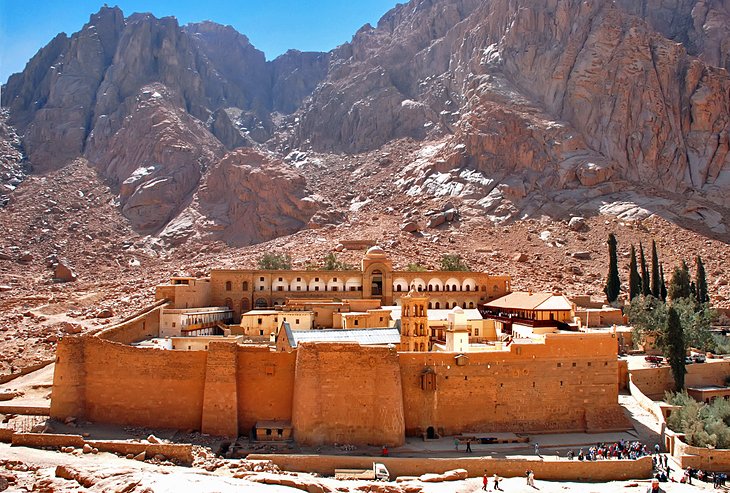 One of the oldest monasteries in the world, St. Catherines stands at the foot of Mount Sinai, where Moses is said to have received the Ten Commandments. This desert monastery is home to an incredible collection of religious iconography, art, and manuscripts (some of which can be seen in the on-site museum), as well as the burning bush. For most visitors here, a trip to St. Catherines also involves a hike up Mount Sinai to see sunrise or sunset. Take the camel path for the easy route or climb the famous Steps of Repentance if you want better views. 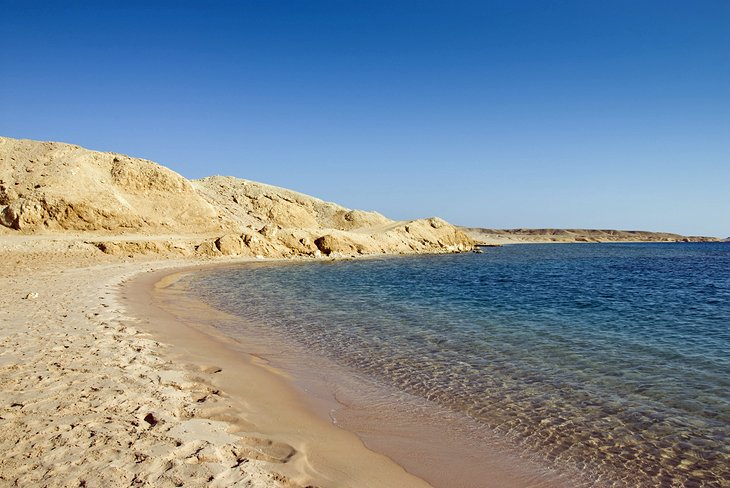 Egypts center for beach fun is the South Sinai region on the Sinai Peninsula. Sharm el-Sheikh is a European-style resort full of luxury hotels, international restaurants, and bags of entertainment options. Dahab is a low-key beach town with a budget-traveler heart, which is just as much about desert excursions and adventures as the sea.

Up the coast, between the port town of Nuweiba and the border town of Taba, are the bamboo hut retreats that offer complete get-away-from-it-all respites from life. Wherever you choose, the South Sinai is all about diving. The Red Sea is one of the top diving destinations in the world, and the South Sinai region is home to most of the best dive sites. 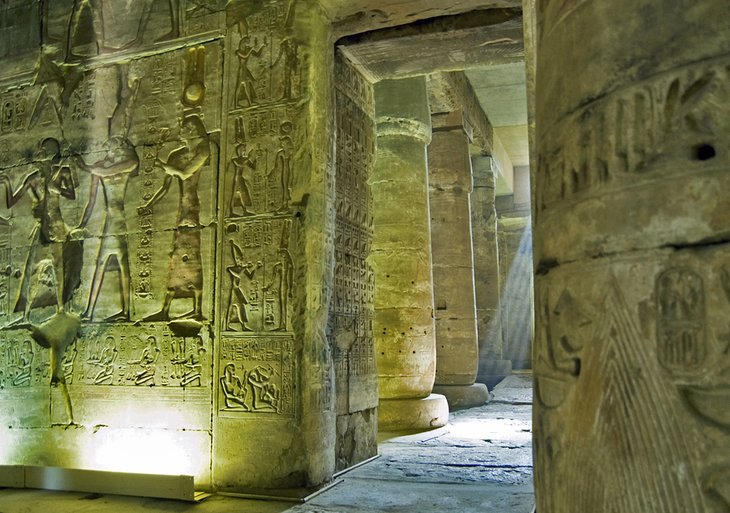 Dusty Abydos town wouldnt make much of a rating on the tourism radar if it wasnt for the incredible temple on its doorstep. Abydos Temple of Osiris is one of ancient Egypts most fascinating artistic treasures. Its chunky columns and walls, covered in beautiful hieroglyphics and intricate paintings, are spellbinding sights, and even better, you can admire them without the crowds as despite its dazzling beauty, it receives few visitors compared to the temples in nearby Luxor. 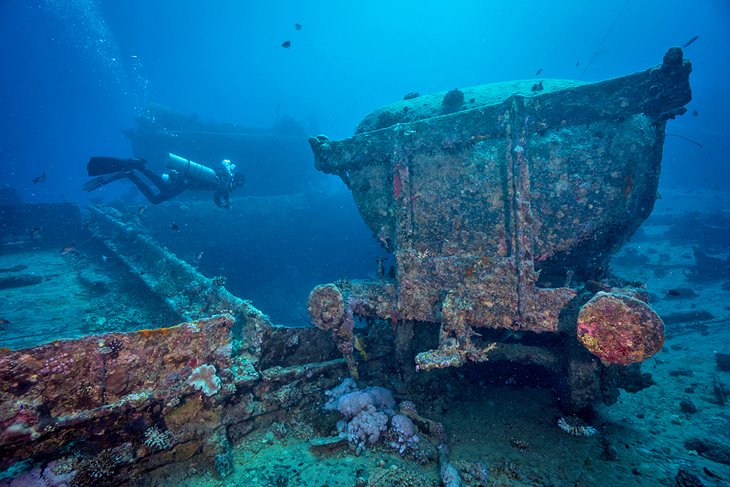 Below the Red Seas surface is another world as fascinating as the temples and tombs on land. Among the many coral reefs off the coast theres also a glut of shipwrecks that have sunk in the Red Seas Gulf of Gubal and Gulf of Aqaba. Of all the wrecks, the most famous is the Thistlegorm, an English WWII cargo ship that was on its way to resupply British troops when it was bombed by the Germans in 1941.

Today the site is regarded by divers as one of the top five wreck dives in the world due to the vast cargo of cars, motorbikes, and WWII memorabilia that can be seen both scattered on the sea bed around the wreck and inside the ship itself. Dive boat trips to the wreck are organized from both Sharm el-Sheikh and Hurghada.

Cruising on the Nile at Luxor

Egypt is defined by the Nile. For many visitors a multi-day cruise upon this famed waterway that saw the rise of the Pharaonic era is a highlight of their Egypt trip. Cruising the Nile is also the most relaxing way to see the temples that stud the banks of the river on the route between Luxor and Aswan, plus sunrise and sunset over the date-palm-studded river banks, backed by sand dunes, is one of Egypts most tranquil vistas.

The two famous sights on a Nile Cruise are the Temple of Kom Ombo and Edfus Temple of Horus, where all the big cruise boats stop. If youd prefer a less crowded and slower experience though, and dont mind "roughing it" a bit, you can also cruise the Nile by felucca (Egypts traditional lateen-sailed wooden boats), which also allows you to create your own itinerary. Cruise boats depart from both Luxor and Aswan, but feluccas can only be chartered for multi-day trips from Aswan. 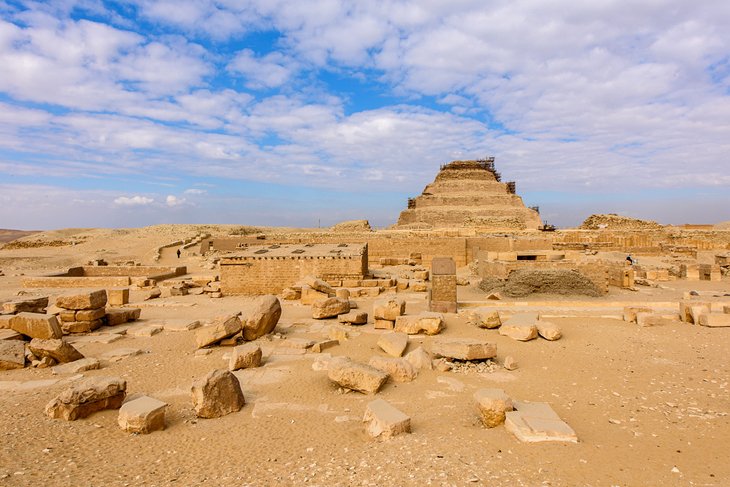 Pyramid and ruins at Saqqara

Everyones heard of Gizas Pyramids, but theyre not the only pyramids Egypt has up its sleeve. Day-tripping from Cairo, Saqqara is the vast necropolis of the Old Kingdom pharaohs and showcases how the Ancient Egyptians advanced their architectural knowledge to finally create a true pyramid with the Step Pyramid, Bent Pyramid, and Red Pyramid being among the highlights here. The various tombs of court administrators, with interior walls covered with friezes describing daily scenes, scattered throughout the archaeological site are just as much a reason to visit as the pyramids themselves.